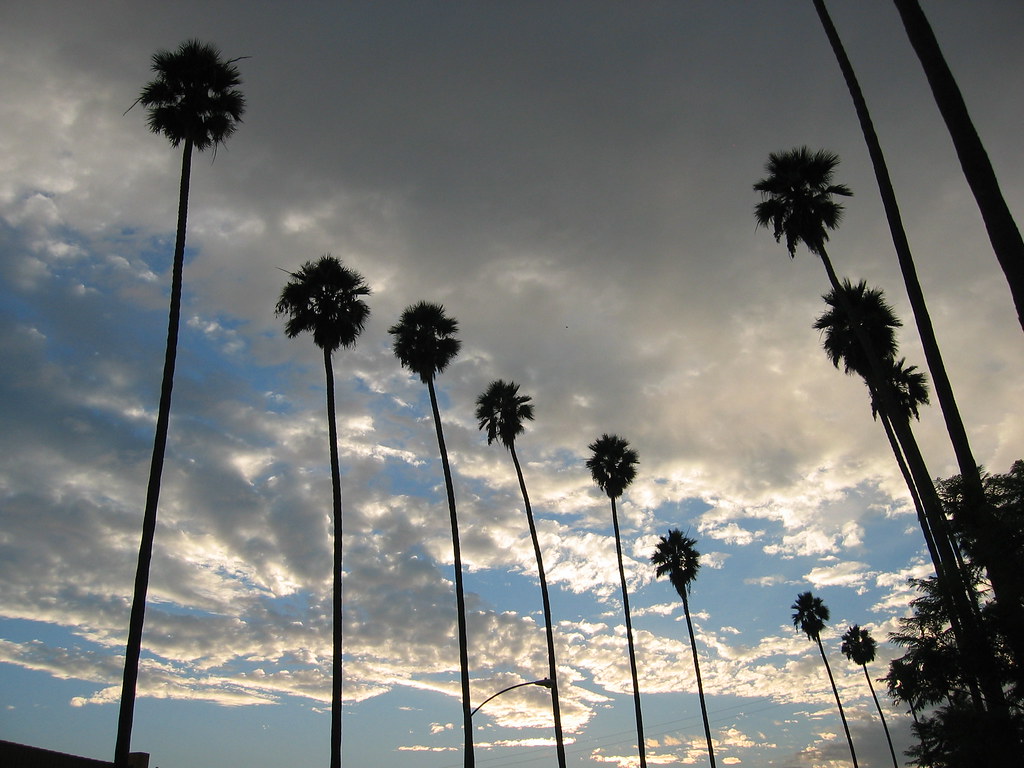 I’m getting very excited for my first trip to the American Studies Association this week! Mark Marino and I organized a panel called “Fabricating Tech: Pleasure and Pain of Design Communities.” Our presentation is Fri, November 7, 10:00 to 11:45am, at the Westin Bonaventure, Level 3, Santa Monica D (L3).

Mark and I will be presenting along with Lone K. Hansen. The panel will be moderated by Richard Lemarchand. I’m copying our panel description and paper abstracts below.

In this moment of Maker Fairs and Etsy, much has been made of communities trying their hands at fabrication, whether programming code or creating blouses, whether bending circuits or looping stitches. However, despite the overlap in the participants in these communities (the same people who are learning to stitch are also learning to program in python), radically different social spaces have emerged. This panel examines the pleasure and pain of entering into these spaces through socialization and the acquisition of new schools of practice, along with the differences in standards of acceptance, support, and mentoring that are fostered here. Â We examine participation in these maker spaces as potentially transgressive and transformative environs that can become consumed by abusive normative discourse, epitomized, for example, by the acculturation of the new members. Â We are interested in how this moment of making, particularly critical making, has been shaped by the online and in-person communities that have co-evolved with it. Â We also investigate coding and fabricating practices as spaces suitable for hacking (i.e., for subversive counterpractices), while mindful of the limitations and frustrations that can be imposed by lived realities. Â Â At the center of our investigation is the moment of making and the ways that this performance of technical knowledge can place the maker into a relationship with a social milieu with respect to individual agency and gender, racial, economic, and even sexual identity. Â The media of making become the modes of discourse, whereby individuals perform their identity vis-a-vis their workâ€™s relationship to traditional cultural practices.

Computer programmers spend a lot of time apologizing for the quality of their code, while those who work with needle and thread seem to display more humbled pride at their successes, and in turn receive support and encouragement from their online communities. One community seems predicated on public performances of support while the other in shaming. To an extent, this difference has emerged on the basis of the performance of gender. Â In the coding community the force of these gendered social boundaries was perhaps most epitomized by the reaction of vocal minority in the programming community against Ari Schlessingerâ€™s recent proposal of a feminist programming language and the subsequent response on Github, largely a sophomoric lampoon of her project. Â Despite the existence and prevalence of support sites such as Stack Overflow, one of the most widely used resources for seeking aid on programming questions, the public presentation of code is still highly contestatory. Though no less critical of technique, needlecraft maker spaces operate with a tenor of mutual aid and support, both more forgiving and welcoming of the newcomer. Â In this paper, I interrogate the divide between these two maker cultures? Â Is the cause the materiality of the finished product or the nature of the discourse community — i.e., the abuse and shame culture of programming that creates such anxiety? Or is it the economic value of programming and code as well as the global competition for these positions that causes the more openly contestatory environment? To what degree is the performance of shame or pride a by-product of the gender norms that tend to segregate these communities? Â In this paper, I will examine the way samples of source code and stitchwork are presented online by their creators and reflect on divergence in discourse within these two maker spaces. Â I will specifically examine the intersection of these communities in programs developed for stitchcraft.

My critical approach will draw upon the methodologies of Critical Code Studies, an emerging field that applies Humanities-style analysis to the study of source code. Â In CCS, scholars use lines of computer source code as entry into discussion of technoculture. The code text I will use is from software used to create textile patterns. Â My reading will examine ways in which needlecraft has been encoded into an automated process as a sign of a community codifying its practices and transferring knowledge through software

This paper draws upon gender distinctions made by Michael Warner in his examination of bourgeois publics: masculinity was defined by occupying public space, while to be in public as a woman involved â€œa kind of intimate vulnerabilityâ€(24)1. This tension can be located in numerous examples in contemporary computing culture. The figure of the â€œbrogrammer,â€ a portmanteau of bro and programmer, is one instance. The brogrammer has â€œfrat house swaggerâ€2 and spends his time Â â€œcrush[ing] some codeâ€3. Some debate whether the brogrammer actually exists. However, the cultural narrative itself has power to foster expectations that computing environments are white, hypermasculine spaces that hold â€œintimate vulnerabilityâ€ for underrepresented groups.

Intimate vulnerability, along with the sense of computing as a black box in which â€œFMâ€ (fucking magic) occurs, can be prohibitive to those who might otherwise be interested in learning to program. Fashioning Circuits (http://fashioningcircuits.com) is one of a handful of projects that tries to intervene by opening up the black box and creating spaces in which the anxieties of vulnerability are minimized and the pleasures of amateurism are celebrated. In Fashioning Circuits, Humanities students are invited to explore coding and electronics through the lens of wearable media.

The projectâ€™s focus on fashion and wearables allows students to draw upon their interests in areas such as embodiment, aesthetics, and identity to explore the critical and visual potential of working with sewing machines, soldering irons, and microcontrollers. The emphasis on activities such as sewing or yarn-craft position that which has been historically considered feminine in a place of prominence alongside the hypermasculine. The combination of online and offline spaces in the project and the resistance to intimate vulnerability foster the pleasures of discovery and confidence building through critical making.

In this paper, I explore the ways that Fashioning Circuits addresses the pain and pleasure of underrepresented groups in computing spaces. I begin with analysis of representational examples of â€œintimate vulnerability,â€ read alongside research by the American Association of University Women and the Girl Scout Research Initiative on low rates of participation of women and women of color in STEM fields in the United States. Examples include the cultural narrative of the brogrammer, advertising for Droid mobile phones, and the rape and death threats made in response to Anita Sarkeesianâ€™s Feminist Frequency project4. I then explore the pedagogical strategies of Fashioning Circuits, which attempt to counter intimate vulnerability. I argue that the strategies of the project engage in counterpublic formation that exist alongside dominant computing publics and allow students to â€œformulate oppositional interpretations of their identities, interests, and needs” (Fraser 67)5.

Reclaiming fabrication one (utopian?) stitch at a time.

Calling for the liberation of craft as well as for general revolution, the knitting movement â€œHÃ¸nsestrikâ€ (1) (Free Knitting) was an important craft practice in Denmark in the 1970s but has since spread worldwide, reaching knitting subcultures in the United States. Starting with an analysis of this movement, this paper will investigate how the current discourse on 3D printing and other digitally based maker and craft practices can be understood as simultaneously highly utopian as well as potentially constitutive to the way that we perceive our options for asserting influence on everyday products. In industry, 3D printers are important for customizing equipment, for prototyping, or for making models of micro-scale structures, however Chris Andersonâ€™s argument in Makers (2) as well as the FabLab discourse (3) argue that individuals, and by inference society, will benefit greatly from access to and familiarity with fabrication technologies; this will change how we understand our own agency with respect to things, objects, and code.

Like the â€˜hÃ¸nsestrikâ€™ movement, the current hype on 3D printing as well as the resurfacing of repair and reuse practices (see for instance iFixit (4)) argue that individual fabrication has the possibility to change societal structures from the ground up: By reclaiming production and by enabling fabrication to take place on an individual level, 3D printing, reuse and repair practices dream of a society where individuals are able to remodel and repurpose almost anything thus disrupting contemporary mass-production structures.

The Free Knitting movement was documented in a series of books (e.g. 1, 5) that also served as a political manifesto for how people should stop knitting from patterns bought in a store. Known for their very simple base patterns and many case examples they collected personal stories of the knitting trend from its beginning to its demise (1974-80) and laid out the intellectual and political backdrop of knitting and sewing in the 1970s. Happening at a time without (micro) blogging, the books were important as witnesses of a practice that depended on a community eager to share and co-develop new ways of responding both as individuals and as a movement to contemporary society. As importantly, the books sought to spread out into other domains when explicitly stating that knitting is both a creative and a political act; by reclaiming the fabrication practices, it is possible to change the way the (capitalist) world works: â€œOnce your first knit is finished there will be no end to your courage, also in other aspects than knitting.â€ (1) While current repair and fabrication movements diverge in means and aims, what they have in common is the wish for the individual to question contemporary consumer practices through repurposing and customizing its aesthetic and cultural value.

Analyzing how these contemporary practices of fabrication and repair oscillate between being utopian and relevant on an everyday level â€“ using Free Knitting as a recent historical example of a similar practice and discourse â€“ the paper discusses how it is perhaps precisely this oscillation that gives strength and agency to a movement with a goal to reclaim fabrication.

This site uses Akismet to reduce spam. Learn how your comment data is processed.